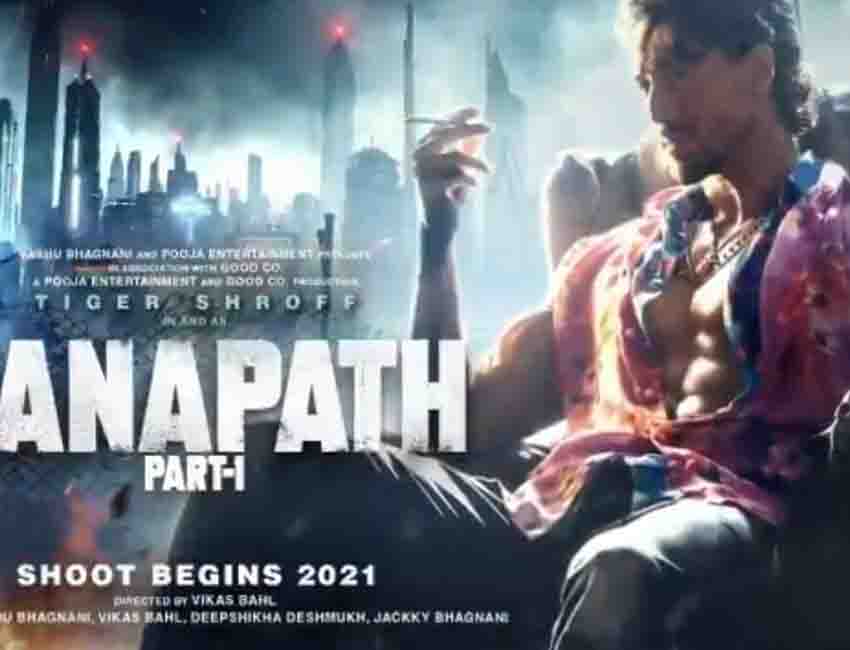 The buzz around Pooja Entertainment and Good Co.’s, big-ticket blockbuster, ‘Ganapath’ is getting stronger by the minute.

Also Read: When filmmakers cast Tiger Shroff, franchise films are what they want to make with him. Here’s why!

The Vikas Bahl directorial which was announced a few months ago with great fanfare and the viral first look of Tiger Shroff is on the verge of choosing its leading lady. Tiger Shroff dropped a tantalizing teaser on social media with a dialogue in his husky voice, “Hmm…Apun bhi wait kar raha hai ki kab mudegi”, which took the fans and media by surprise. The teaser shows his leading lady’s back in a silhouette in a dystopian wasteland. The teaser promises to be a mega-budget, big-screen experience the audience has been waiting for.

Those waiting for the biggest action explosion of 2022, will know soon who will be setting the screen on fire with her magnetism opposite Tiger. Rumors are that Tiger’s co-star is already training hard to pull off sensational action sequences.

Not to be missed: Tiger Shroff’s power-packed workout routines are what enable him to perform jaw-dropping action scenes!

The countdown has truly begun for the big reveal!

Vanraj gives me so much to explore mentally: Sudhanshu Pandey