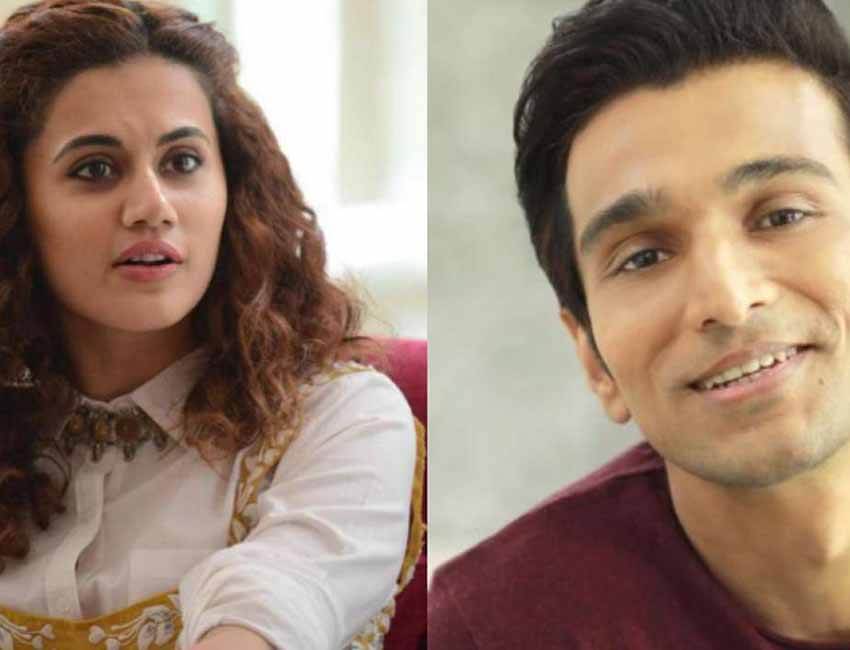 Woh Ladki Hai Kahaan? is an investigative comedy set in middle India, in which Taapsee Pannu is all set to play a feisty cop. The male lead is essayed by Pratik Gandhi (of Scam 1992 fame), who plays a chauvinistic brat who finds himself compelled to take a riotous, madcap ride with Taapsee’s character, whose attitude to life is the diametrical opposite of his. The film will be written and directed by Arshad Syed, who will also be making his directorial debut with the film.

When the two leads are forced to make this unlikely journey together, their divergent personalities hilariously clash, leading to volatile and unpredictable interactions that promise a battle of wits and an entertaining viewing experience.

Not To Miss:-HIMANSHI KHURRANA BECOMES THE FRS PUNJABI SINGER AND ACTOR TO FEATURE AT THE BILLBOARD OF NEW YORK TIMES SQUARE

Producer Siddharth Roy Kapur says, “When Arshad narrated his charming and delightful screenplay to us, we instantly knew we just had to produce the film. We are especially excited to be working with Taapsee, who brings so much energy and exuberance to the screen, and Pratik, who blew us all away with his incredible performance in Scam! We are also very happy that Arshad, who is already known as a superb writer, will make his directorial debut with this film.”

Writer and director Arshad Syed shares, “I’m truly ecstatic about the opportunity of making my directorial debut on this project with Roy Kapur Films. I thank Sid for his faith in my vision for the film and am grateful to have fantastic actors like Taapsee and Pratik bringing the story to life.”

Taapsee Pannu shares that she is excited to collaborate with RKF and Pratik, “I loved the strong and thoroughly unique and entertaining character that Arshad had written for me – it is very exciting to partner with a producer as prolific as Sid, as well as Pratik, whose performance in Scam left a lasting impression on me!”

Pratik Gandhi says, “I feel truly privileged to be a part of this project and to be working with the stellar team of Taapsee, Arshad and Sid! I was looking to dive into something totally different after Scam and this role ticked all the boxes. I am sure it will be a fun ride ahead and I can’t wait to start!”

Woh Ladki Hai Kahaan? is set to go on the floors at the end of the year and is currently is in the process of locking the rest of the cast.