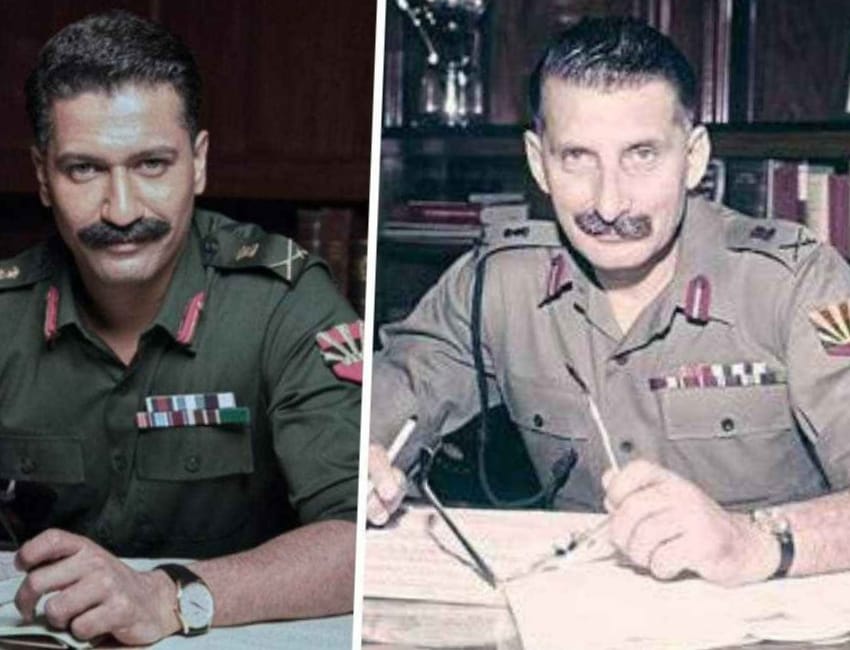 One of India’s greatest war heroes, Sam Manekshaw was born on this day over a century ago – On the occasion of his birth anniversary, RSVP’s Ronnie Screwvala and filmmaker Meghna Gulzar announce the title of their highly anticipated film ‘Sam Bahadur’.

Based on the life and times of the valiant Manekshaw, ‘Sam Bahadur’ will be brought to life by the talented Vicky Kaushal in this eponymous film that’s already captured everyone’s attention owing to the uncanny resemblance that his character had with Sam, when the look was released.

Sam Manekshaw’s military career spanned four decades and five wars. He was the first Indian Army officer to be promoted to the rank of Field Marshal and his military victory in the 1971 Indo-Pak war led to the creation of Bangladesh.

The reactions the film’s announcement and Vicky Kaushal’s look in ‘Sam Bahadur’ received testify that Manekshaw’s legendary status, in war and life, are fondly remembered and still remain relevant to this day.

Excited to embark on this journey says director Meghna Gulzar, “He was a soldier’s soldier and a gentleman’s gentleman. They don’t make men like Sam Bahadur anymore. I’m so honoured to be telling his story with Ronnie Screwvala and the incredibly talented Vicky Kaushal. On the Field Marshal’s birth anniversary, his story has got its name. I couldn’t be happier.”

Not To Miss :- THE MAN. THE LEGEND. THE BRAVE HEART. OUR SAMबहादुर… HIS STORY HAS FOUND ITS NAME. SAM BAHADUR

Says Vicky Kaushal, who essays the titular role, “I had always heard stories about Sam Bahadur from my parents who hail from Punjab and have seen the 1971 war but when I read the script I was completely blown away. He is a hero and patriot who is still remembered and loved to this day and capturing his spirit in the film is of the highest importance to me.”

Adds producer Ronnie Screwvala, “We are excited and honoured to unfold the story of one of our greatest heroes and announce the title ‘Sam Bahadur’ on the occasion of his birth anniversary. A great man was born today and we hope to do everything in our power to honour his memory and legacy.”

Produced by Ronnie Screwvala and directed by Meghna Gulzar, the film stars Vicky Kaushal in and as ‘Sam Bahadur’.