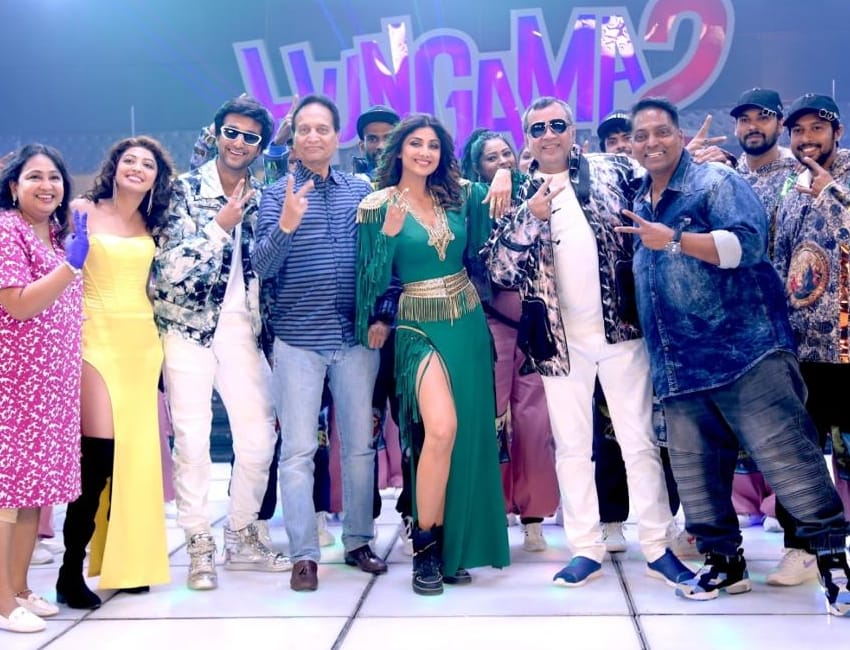 Ever since its announcement, Priyadarshan’s directorial Hungama 2, a sequel to the 2003 super-hit film, is one of the most awaited films of 2021. The film has been making waves with its cast and genre and is among the most eagerly anticipated multi starrers starring Meezaan, Pranitha Subhash, Paresh Rawal and Shilpa Shetty Kundra in lead roles. Shooting of the film was wrapped up at the beginning of this year and the comic caper is all set and ready to entertain the audiences.

While the makers were gearing up for a theatrical release this year, second wave of COVID 19 engulfed the country, because of which most states went into complete lockdown considering the severity of the situation.

With the current situation in mind, Producer Ratan Jain has confirmed that the much awaited family entertainer is indeed releasing on an OTT platform this year. In an official statement, Ratan Jain said, “Hungama 2 is a lighthearted film meant to be enjoyed across all age groups, and we feel it will entertain the audiences and bring some cheer in these trying times. We will release the film on a digital platform this year and movie lovers can enjoy the laugh riot at the comfort of their homes. We have made Hungama 2 with utmost love and we are confident that our film will bring a smile to people’s faces.”

Makers are in final stage talks with one of the top streaming platforms of the country and the film will hit the audiences home screens soon this year.