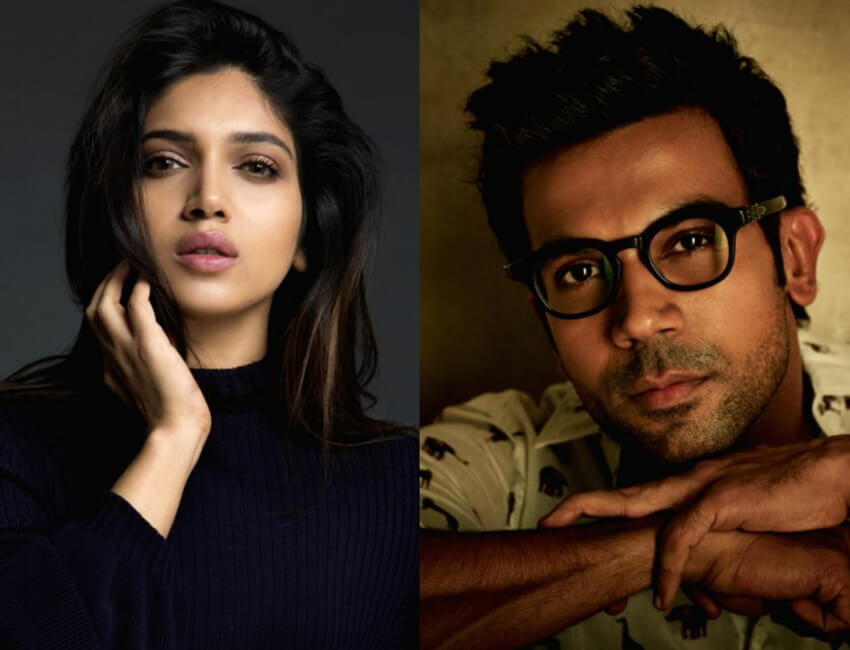 As the name suggests, Badhaai Do is a family comedy that revolves around an unlikely relationship and promises double the fun and emotions.

While the story & characters of Badhaai Do are different from that of Badhaai Ho, there is a common theme between both films that will be endearing to the audience.

Rajkummar plays the role of a Delhi cop who is the only male cop in a Mahila thana, while Bhumi plays the role of a school PT teacher, much to her family’s stress. Unlike each other yet made for each other, the film is about the goof ups that follow when they meet and their lives intertwine in more than one way imagined.

Harshvardhan Kulkarni says, “I have always admired the kind of films that Junglee Pictures have made, so when they came to me with this social comedy written by Akshat and Suman, I just flipped and was instantly on board. Just like the delightful Badhaai Ho, the milieu of this film remains the same but with a fresh set of characters and a completely new zanier situation. I’m so looking forward to this edition being brought to life by Rajkummar and Bhumi, two of the most talented actors.”

Akshat Ghildial, who wrote Badhaai Ho and won awards for its crackling dialogues, is penning this one too, along with Suman Adhikary whom the idea originally came from. Akshat said, “Suman came up with this interesting idea and since I have a great relationship with Junglee, I shared it with them. They liked it immediately. And then, Harsh came on board. We had great fun developing it and hope that the audience has an equally good time watching it.”

Bhumi Pednekar adds – “Badhaai Ho is one of my most favourite films in recent times and it is really exciting to take this franchise forward. For me, the script is one of the best that I have ever come across and I immediately wanted to do this film. My character again is strong, independent and author-backed and it gives me a lot of scopes to bring a very different and cool character to life. this time too the film will say something extremely relevant and relatable but in the most hilarious manner and the film has its heart rooted in family values. With each character I have portrayed I’ve tried to push the envelope and I look forward to doing that with this role too. I’m excited to share screen space with Raj for the first time. He is an artist I have always wanted to creatively collaborate with.”

Talking about his role, Rajkummar Rao adds- “I have played a cop before but never with this perspective. I look for layered characters and this is a perfect match. My character is surrounded by strong women at home and work and that adds immense depth to his personality. Harshavardhan and Bhumi are both dear friends of mine and extremely talented artists. Junglee Pictures’ Bareilly Ki Barfi was a fabulous experience for me. Badhaai Do is a reunion in many ways.”

Junglee Pictures CEO, Amrita Pandey said – “Junglee Pictures believes in telling rooted Indian stories that not only entertain you but also move you in many ways. Badhaai Ho was just that for us. And that being a high-concept comedy, it was logical for us to expand the canvas to tell more such stories. Cultivating the right synergy on films like these is the key, and with Akshat and Suman’s writing and Harsh’s vision Badhaai Do is really one of the best stories for us to tell. With fantastic actors like Rajkummar Rao and Bhumi Pednekar, Junglee Pictures is really excited to take the franchise of Badhaai Ho forward with Badhaai Do.”