Hombale Films launches KGF Times ahead of the release of KGF Chapter 2 teaser; newsletter to chronicle BTS pictures and trivia from the sets 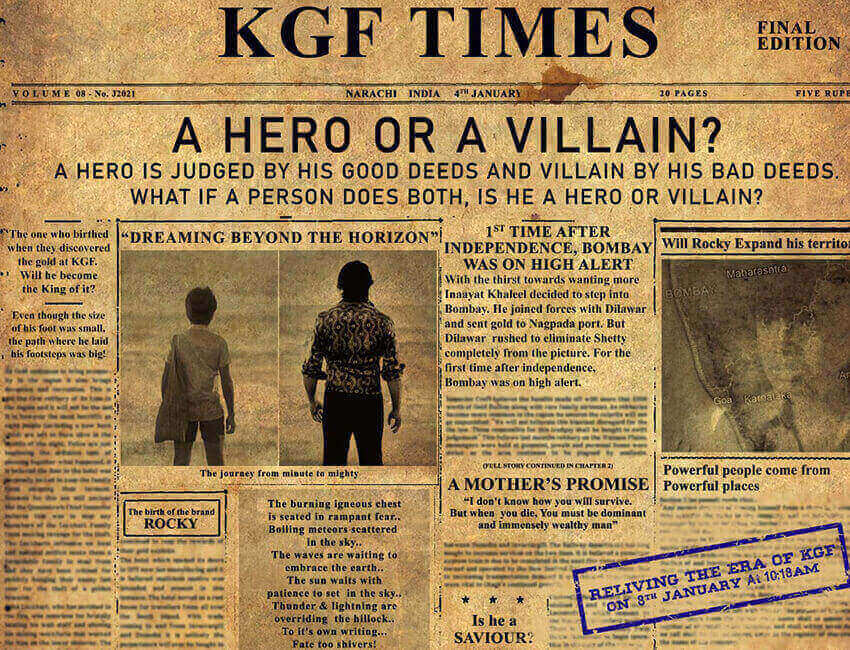 Hombale Films’ KGF Chapter 2 has emerged as one of the most anticipated films of the year. It sees the coming together of three superstars and powerhouse performers, Yash who will be revisiting his role from KGF Chapter 1, Sanjay Dutt and Raveena Tandon. The pan-Indian film which will be high on high-octane action and drama is touted to be one of the biggest releases of 2021.

The first edition of the newsletter has been launched in Hindi and English and other regional languages. Staying true to its genre of a period film, the vintage newsletter takes one back to the yesteryears.

Also Read:- Check this out! Indian Superstar Yash, a family man celebrating his son’s first birthday in the most heartwarming manner

Talking about it, director Prashanth Neel says, “We came up with KGF Times because we understand the kind of excitement surrounding KGF Chapter 2. The audience is intrigued about the film and what it has in store for them. We wanted to offer with glimpse into the world of the film and share some exclusive images and trivia.”

The teaser of the magnum opus is all set to release on January 8. Directed by Prashanth Neel, KGF Chapter 2 is produced by Hombale Films. The film stars Yash, Sanjay Dutt and Raveena Tandon and it is slated for a 2021 release.