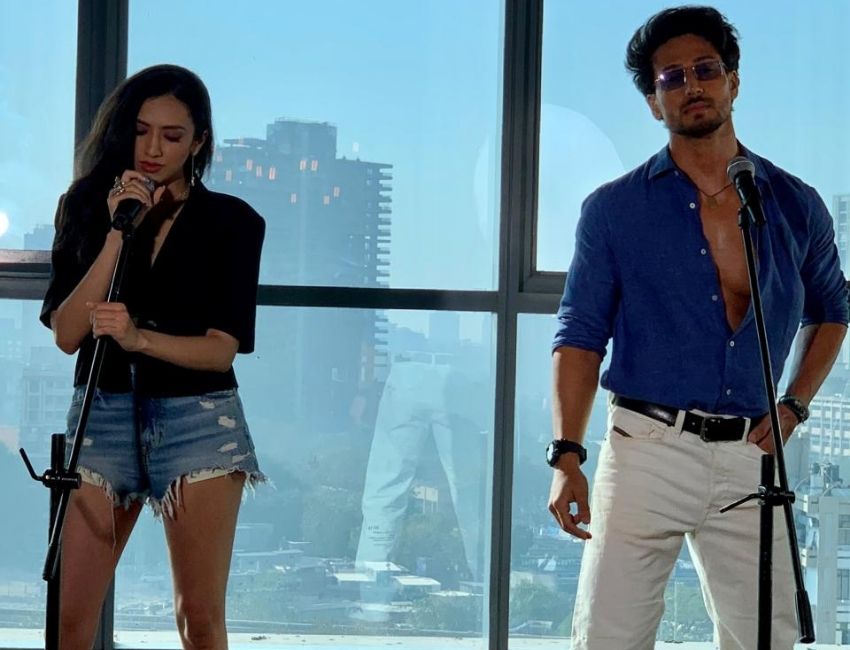 After receiving immense love from his fans for his latest single ‘Casanova’; Tiger Shroff recently revealed that he will be launching an acoustic version featuring the melodious voice of singer Raveena Mehta. This song will be his first acoustic feature on his official YouTube channel which has more than a million subscribers. The teaser has already enveloped audiences around the world and people have taken to notice the chemistry between the talented duo. The music video will officially launch on on the 2nd February 2020.

Must Read : Meeting of Titans!

Must View : Janhvi kapoor spotted outside the gym📷

After Raveena Mehta’s debut with Avitesh Shrivastava’s ‘Yaadein’, she has worked with many phenomenal artists like Rishi Rich, Rahul Jain and Rishabh Kant, and has contributed to the independent music fraternity with various songs throughout 2020. Her appearance in the teaser is breath-taking and her vocals are indeed an asset to the already super-hit song Casanova.

When asked Raveena Menta about her experience collaborating with Tiger and his team, she briefly mentioned, “Tiger is an inspiration to me. I look up to his drive, vision, ability to execute all the while remaining humble as ever. He is extremely diversified and phenomenal at his art. Avitesh introduced us in the studio and the energy was incredible from the get go. It’s been a beautiful journey and I am looking forward to sharing this beautiful project with the world.”

We look forward to watching this duo creating magic on this melodious version of Casanova on 2nd February 2020.

Must Watch : Sanya malhotra never misses on an opportunity to make us laugh through her funny performance…!

Srishti Jain: Fashion is comfort to me!