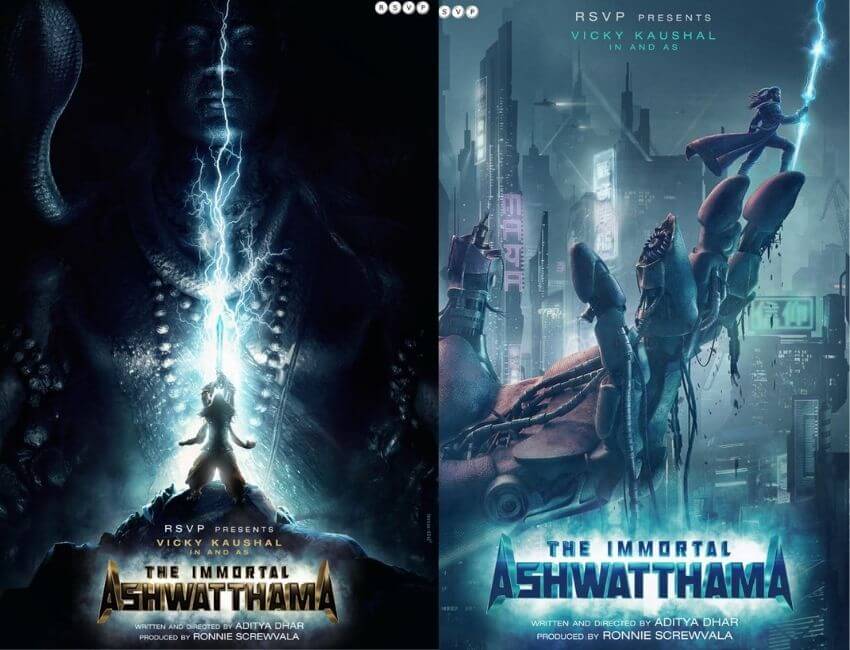 In 2018, Aditya Dhar’s directorial debut, URI: The Surgical Strike produced by Ronnie Screwvala, took the nation by storm winning rave reviews and striking gold at the box-office. It won three National Awards. While Vicky Kaushal was bestowed a National Award for his performance, director – Aditya Dhar too won the prestigious award for his direction. As the film turns two years old today, the trio of Vicky – Aditya – Ronnie, have released the first look creative of their next collaboration, Ashwatthama, which is a futuristic sci-fi, based on a character from the chapter of Mahabharata.

Aditya shares “We are all overwhelmed with the love that URI has received over the last two years, and of course, with that love comes an added responsibility of living upto the expectations for our next collaborative venture. On Ashwatthama, we are working hard to create a visual spectacle that audiences across India would have never seen before. I promise, this would not just be a film, but an experience. More than the pressure, I am taking this film as a responsibility of telling this epic story, in the way it is meant to be told, and I hope, audiences shower the same love to Ashwatthama, as they did to URI.”

“Every film has its own journey, however, when the team of a National Award Winning Cum blockbuster film that has been as loved as URI comes together, the expections are bound to be high. It’s high on story telling, deep in characters and revering in the world & visual effects. Language is not a barrier for this movie. We roll this year. I can’t wait to see Aditya’s vision translate to this spectacle on screen. I have to say this is by far the most ambitious movie I have attempted and we would love to see this one reach out to the widest audiences in India and around the world“, said Ronnie Screwvala.

Vicky Kaushal describes Ashwatthama as the biggest film of his career and believes that working with Aditya and Ronnie again is more like a homecoming for him.
“Ashwatthama is Aditya’s dream project and it required the backing of a visionary like Ronnie to bring this spectacle to audiences . It’s going to be a new space for me as an actor , exploring the newest form of technology alongside acting. Can’t wait to start the journey soon with this wonderful team,” Vicky concludes…