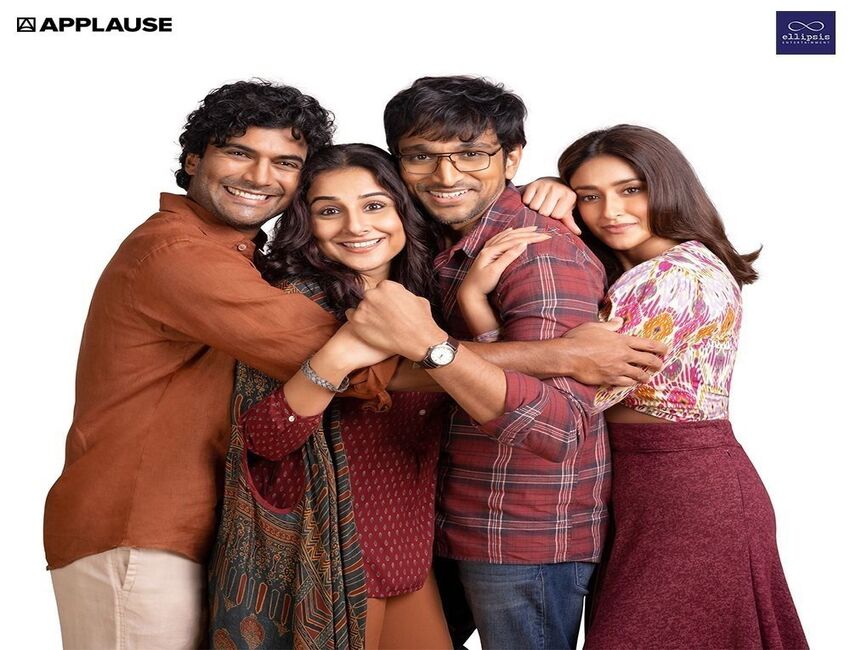 The ravishing Ileana D’Cruz and Hollywood heartthrob Sendhil Ramamurthy also turn up their incredible charm and add to this absolute cracker of a foursome. The film, a progressive, uninhibited take on modern relationships, marks Applause’s foray into the big screen experience and this second collaboration with Ellipsis (after the Tahira Kashyap Khurrana-directed Sharmajee Ki Beti) promises to be 2022’s ultimate date movie. Sameer Nair, CEO, Applause Entertainment, says, “The film is a sparkling, sophisticated romance that subverts all notions of love and fidelity in modern times. While alchemy best describes the coming together of this incredible cast, we’re thrilled to collaborate with Shirsha Guha Thakurta, who has an extraordinarily perceptive understanding of human relationships. We’re also excited to partner with Ellipsis once again, to bring this witty, charming and passionate story to life.”

Producers Tanuj Garg, Atul Kasbekar and Swati Iyer, partners at Ellipsis Entertainment state, “The subject of love remains intriguing and debated. We were keen to tackle relationship fatigue by coming up with something that is dynamic, nuanced, relatable, uplifting and humorous, all in the same breath. This is probably the story of your life or definitely one that you’ve seen one or more of your friends go through. With a formidable cast, script and director, Applause and Ellipsis are truly excited about this multi-starrer.” Director Shirsha Guha Thakurta tells us, “When I first heard this story, I was instantly attracted to its universe- honest, funny and so today. The actors have been a dream to work with. Their generosity is something I will always cherish. My producers (Applause and Ellipsis) have been extremely supportive and stood by me like a rock. Yes, I’m nervous, but this journey so far has been truly special.” The film is currently filming in locations across Mumbai and Ooty.

ALSO SEE: balanvidya: Stoked about my next – an untitled charming drama-comedy about modern relationships, which promises to be either your story or the story of your friend. It will make you laugh and cry in equal measure and I’m enjoying playing Kavya to the hilt.

Applause Entertainment is a leading Content & IP Creation Studio with a focus on premium drama series, movies, documentaries and animation content. A venture of the Aditya Birla Group, led by media veteran Sameer Nair, the studio has produced and released popular series across genres and languages which includes shows like Criminal Justice, Scam 1992, Hostages that have gone on to set new benchmarks. Currently in production is a robust slate of Theatrical and Direct-To-Streaming movies including Sharmajee Ki Beti, Iftikhar and more. Applause’s first feature, The Rapist, directed by Aparna Sen, recently won the prestigious Kim Jiseok Award at the Busan International Film Festival, 2021. Applause has partnered with leading platforms like Netflix, Disney+Hotstar, Amazon Prime Video, Sony LIV and MX Player for its creative output.